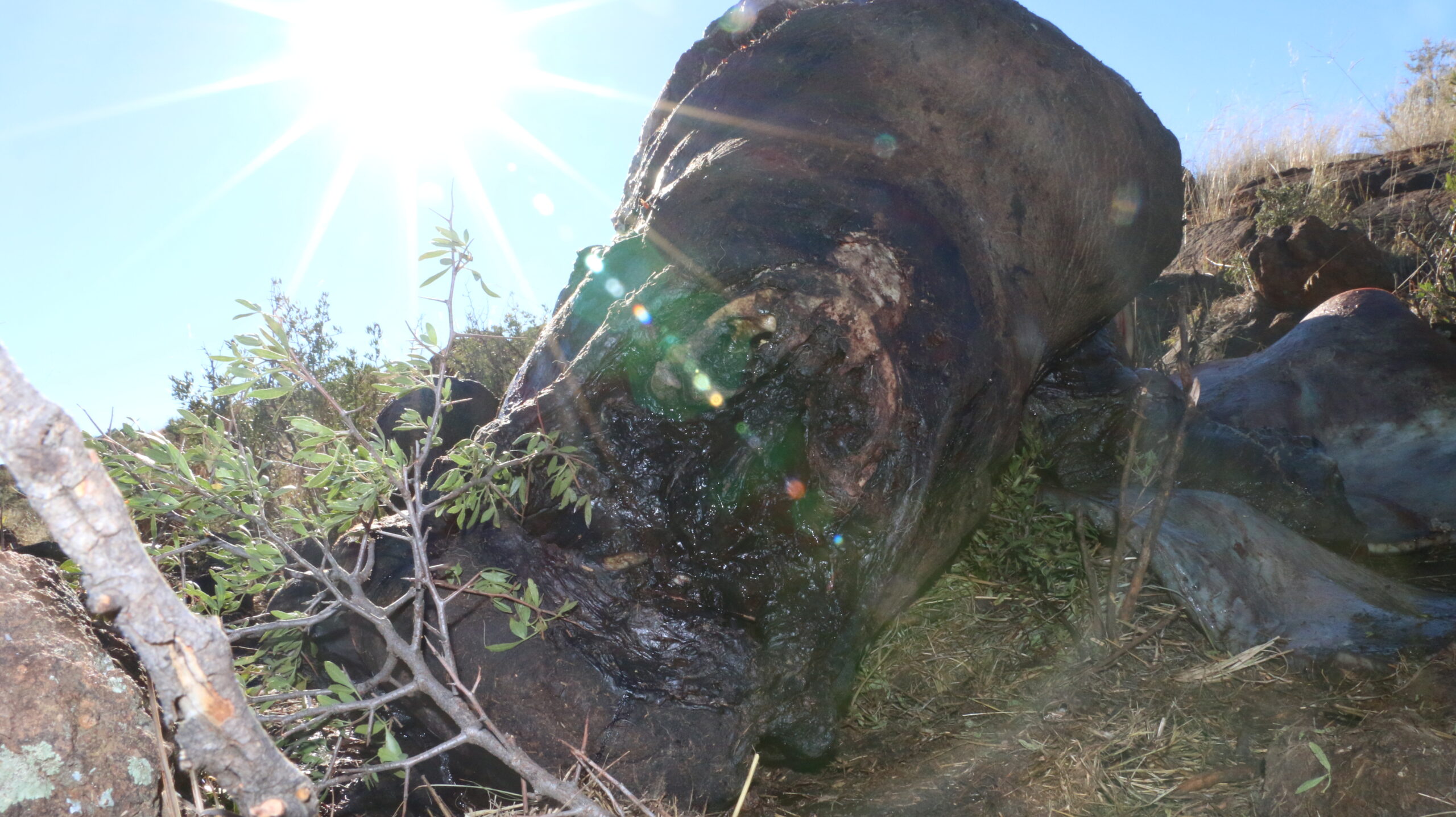 Ninety-five rhinos poached over the past few months in Hluhluwe/Umfolozi Park is bloody carnage but also predictable, and here’s why.

The conservation philosophy that South Africa developed in the 1960s centred around private ownership of wildlife. This simple, revolutionary policy change dramatically transformed the conservation landscape and is the principal reason behind why we were able to save the rhino.

In 1960 there were only three private game ranches in South Africa; today, over 10 000 cover more than 20 million hectares and hold three times more wildlife than state reserves.

This result is unquestionably one of the greatest conservation success stories ever.

In 2009 the South African government banned the domestic trade in rhino horn and tightened export regulations.

This decision cut the rhino horn supply chain and forced it underground. The incentive for rhino owners was removed, and the motivation for poachers was accentuated, resulting in the current rhino bloodbath.

At this time, like-minded conservationists such as Ian Player, David Cook and George Hughes started discussing the issue, and it became apparent why poaching was spiking exponentially.

They knew what needed to be done about it.

These discussions in 2013 led to the production of a documentary “Rhino in Crisis: A Blueprint for Survival” in 2015, centred around the legal trade in rhino horn.

Legalizing the trade would raise the much-needed funds for private and State rhino protection and put the poaching syndicates out of business.

At the documentary’s launch in Cape Town, the producers were taken to task by some audience members who ridiculed their proposals.

The critics offered no alternative solutions besides Colin Bell, who proposed a tourism levy to pay for anti-poaching efforts; donors should pick up the tab. They haven’t (not even to help State-owned rhinos), and there’s no sign of a tourism levy.

Ten years on, two CITES Convention of the Parties, numerous government high-level panels and still no alternative solutions have been forthcoming other than double down on the failed protectionist policies.

Albert Einstein’s quote, “The definition of insanity is doing the same thing over and over again and expecting a different result”, is certainly appropriate.

After years of acrimonious debate between the two factions, one must wonder if they have the same common goal?

The poaching syndicates are undoubtedly benefiting from this divide.

The covid-19 bans on alcohol and cigarettes in South Africa show just how well prohibition works; criminals pick up the slack and make a killing.

There was never any suggestion of flooding the market with one-off sales, auctions or dumping of rhino horns, which has often been slung around in the media.

If that won’t work, what is the best trade model?

At the one end of the spectrum is free trade, and at the other, a regulated cartel selling to strictly vetted buyers.

Free trade implies that any seller of the legal horn can sell to any potential buyer. This is the universal system where the buyer benefits from lower prices through competition amongst the sellers.

Because of the nature of the product, rhino horn can be classified as a precious commodity. As such, it is vital to keep its value as high as possible but also low enough to undermine poachers’ profits.

The seller must get the best possible price to ensure continued investment in the product. Uncontrolled selling of rhino horns would drive down the price and encourage speculation and corruption.

A South African government Central Selling Organization, or CSO, working on a commission basis and managed by outsourced skilled traders, would be able to oversee operations on behalf of the various rhino stakeholders.

Detractors of the idea place no value on privately owned rhinos but speak of the needs of the State’s rhino which they dub “wild”.

In 2013 South Africa had an estimated 20 000 rhinos, of which roughly 25% were privately owned. Despite the unsustainable costs, private rhino owners have been better custodians of rhinos as they now have 65% of the country’s rhinos.

The poaching stats show that roughly 7000 rhinos have been killed over the last ten years, but the population would have doubled if they had not been poached, so we are, in effect, 20 000 rhinos short.

There was the argument that rhinos shouldn’t be dehorned for ascetic reasons, but the point is moot as most State reserves have embarked on dehorning operations for security purposes.

Many people have morally objected to “commodifying” wild animals. Do they prefer bloated, rotting carcasses? If all the poached rhino carcasses were laid out head to tail, the line would stretch 21 km.

According to an April 2021 report by Dr Peter Oberem, there are around 90 tons of rhino horn in state and private storage, and five tons of horn are lost to poaching each year. If the stockpiled horn was utilized, the market could be supplied for 18 years without a single rhino being poached. In the meantime, the population would almost quadruple.

Because rhino horn grows back, 22 tons would be available for the market annually, four times the current poaching offtake. This figure would grow exponentially as the number of rhinos increases. With a market value of R 33 billion yearly, R7 billion would be raised in taxes.

Running a poaching syndicate is expensive and dangerous. The strategy works on a risk vs reward model. If better protection is affordable, their risk increases and if there is a cheaper (legal) alternative, their rewards are diminished. Poaching will decrease significantly if the market is provided with a consistent supply of horns.

The opportunity to turn a liability into a valuable asset and at the same time secure the rhinos’ future is being wasted.

So, when we get down to our last rhino, we will have to ask, who will be held accountable for aiding and abetting the demise of the species?

Will there be any commission of enquiry?

The answers are, of course, no one and no—a bloody ridiculous situation.