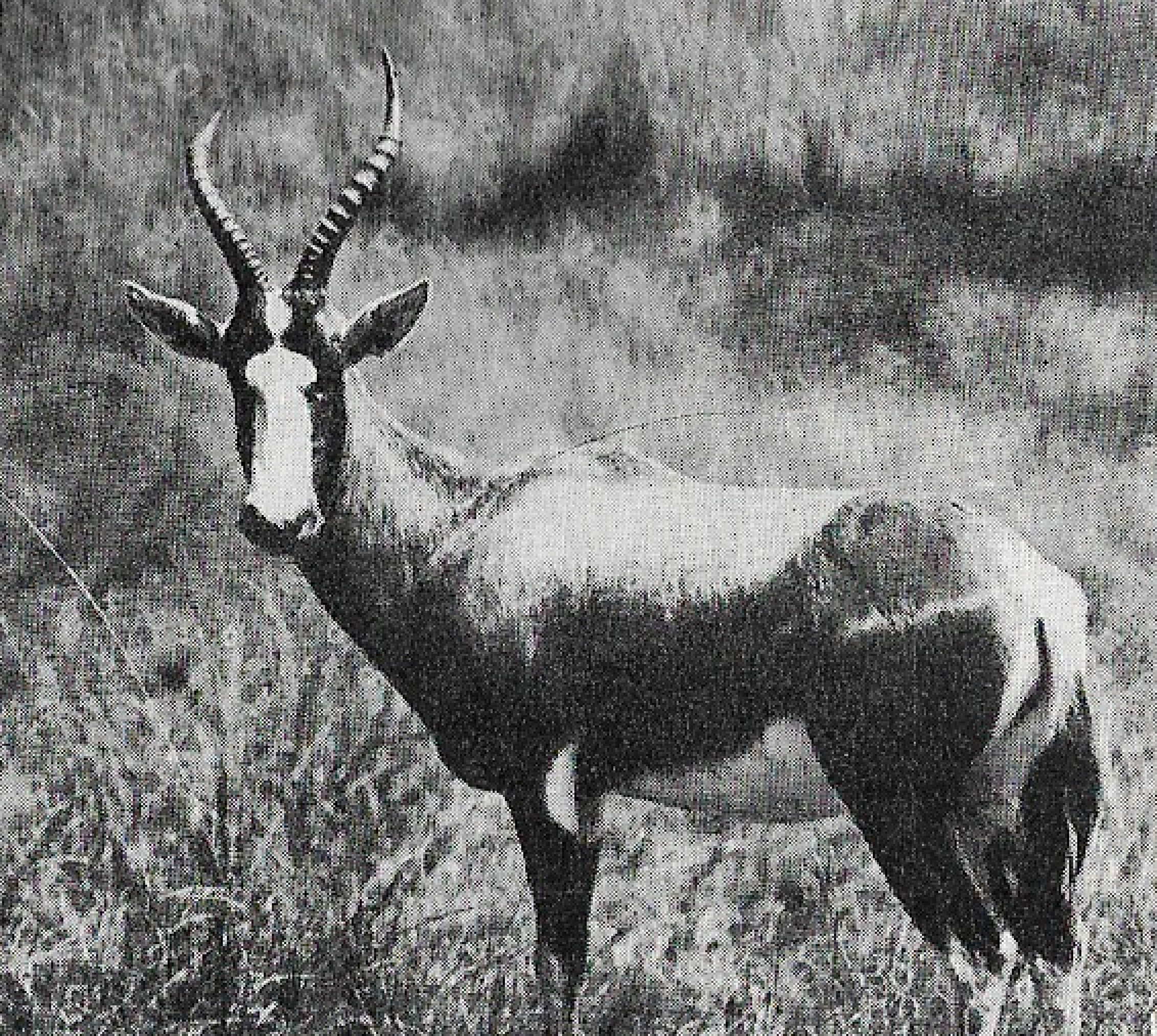 The Natal Parks Board took the first biologist onto its staff in 1953. Gradually over the years, more scientists joined. The scientific staffs brief was “to conduct research into those aspects of biology which are relevant to the Board’s conservation activities and to provide the Board, its staff and public with guidance and advice on matters concerning the conservation of flora and fauna.”

He also makes a clear distinction between wildlife preservation and wildlife conservation.

In this article featured in the Natal Wildlife magazine in 1967, Roger Grafton talks about the difference between game farming and game ranching and grapples with issues that we still face today.

By far, the greater part of South Africa consists of privately owned farmland all of which constitutes potential wildlife habitat.

While it is obvious that the larger species of mammals can exist only in specially created game reserves, it is equally apparent that everything possible should be done to make the millions of acres of farmland productive of wildlife.

Of course, wildlife and farming activities are not always compatible, but this does not mean that wildlife has no place on an agricultural farm; it does, albeit second place.

True game ranching is, of course, not the same thing as farm game. Game ranching, as an economically viable enterprise, does constitute a primary form of land use, but it is practicable only on extensive tracts of agriculturally sub-marginal lands.

Farm Game, on the other hand, embraces that wildlife that can exist on any farm without causing undue interference to normal agricultural activities. Farm game can thus range from large numbers of impala and kudu on a cattle ranch, at the one extreme, to only a few steenbuck and a flock of guineafowl at the other. In between will be a great variety of levels at which wildlife can be given a place on the farm.

The nature and numbers of farm game will be determined by the size of the farm, the intensity of the land-use system, the type of climate and environment, and frequently by the attitude and affluence of the landowner. It is not always true that the more intensive the land use, the lower will be the biomass of wildlife. The species of game on a farm will certainly change with increasing intensification.

Still, it is quite possible for a small but highly productive farm to carry relatively large numbers of game birds, waterfowl, nongregarious antelope and a variety of small mammals and songbirds.

Many farms in South Africa carry herds of springbok, blesbuck or impala. Such farms usually fall between game ranching and farm game concepts in that neither the habitat nor the antelope are truly wild.

It is usually a sentimental motivation that causes a farmer to have, for example, a herd of springbok running with his sheep. While this type of wildlife conservation is unquestionably valuable, it does have its shortcomings, particularly with regard to the naturalness of the habitat, the wildness of the game and the lack of variety of wildlife species.

The great American naturalist Aldo Leopold was very correct when he said that the recreational value of wildlife is directly proportional to its degree of wildness.

The farm-game concept regards the entire farm as potential wildlife habitat and strives to promote a wide variety of animal species, each existing free and wild in its own ecological niche. Farm game should be regarded as a product of the land rather than as the landowner’s property.

The nature of farm game is perhaps best illustrated by the statement that migratory species of farm game are encouraged to return to the farm each year rather than discouraged from “escaping” in the first place. From this, it is obvious that a landowner wanting farm game must first create suitable habitat before he can acquire the wildlife to use it.

Hunting as a Conservation Measure

Although all wildlife will have aesthetic value to the average landowner, it is unreasonable to expect him actively to conserve wildlife solely for aesthetic reasons. In large scale game ranching, there is an economic incentive for a landowner to conserve wildlife. On a high-veld sheep farm sentimental reasons might motivate a farmer to establish a herd of blesbuck.

On intensively farmed agricultural land, however, it is not easy to induce a landowner to promote wildlife. Aesthetics will motivate him up to a point, but a stage will soon be reached where wildlife and agriculture start competing. The problem can then be tackled in two ways; (i) the effects of the competition can be minimised, and (ii) the farmer can be given additional motivation or incentive.

It is this latter approach (renewed incentive) that heralds the change from wildlife preservation to wildlife conservation; the farmer must be encouraged to use the wildlife on his land. It is the recreational values of farm game that will induce a farmer to tolerate competition between wildlife and his farming activities.

The principal recreation to be had from farm game is, of course sport hunting. Hunting, like fishing, is a sport enjoyed by a great many people. It is a most beneficial sport in that it provides people with healthy open-air activity and gives them direct contact with wildlife and thus an increased appreciation of it.

Farm game can be regarded as an agricultural by-product to be harvested annually on a sustained-yield basis. Many farmers will do a great deal for their wildlife to ensure annual hunting for themselves, their friends and guests. In some cases, a landowner will be stimulated by the recreational value of wildlife to sell or lease out hunting rights for his own material gain.

A modification of this approach can be used as a conservation measure by wildlife authorities through the creation of public hunting areas even in the midst of agricultural farmland. In this way, reservoirs of wildlife can be created to re-populate surrounding farms.

Natal has a wide variety of habitat types and a correspondingly wide selection of potential farm-game species. Most of the province is, however, devoted to intensive land-use systems ranging from stock farming to timber growing, dairying, mixed crops and even extensive monocultures such as sugar cane.

The species of farm game to be promoted on such farms must therefore be carefully chosen to fit into intensive land-use systems. In general, Natal farms can support species such as guineafowl, francolin, quail, ducks, geese, doves, pigeons, duiker, bushbuck, impala, blesbuck and reedbuck.

All these species, and others, could be hunted in large numbers by both rural and city-dwelling sportsmen. It is this recreational potential that can be exploited as a conservation measure to re-establish wildlife on privately owned farmland.

At present, farm game research being done by the Natal Parks Board is confined principally to guineafowl, francolin and quail, but whenever possible, data and material are also collected on other species of farm game. The work being done on gallinaceous birds involves research into their ecology, breeding habits and population dynamics.

An intensive study is being made of the feeding habits of quail and guineafowl, with many hundreds of crops being collected from sportsmen throughout the province.

Results from this food study will provide us with the information necessary to advise farmers on how to encourage game birds by planting special food patches.

Field methods for ageing and sexing game birds are also being sought. Field studies are being made to determine nesting success, chick and adult mortality levels, and rates of recruitment to the breeding population.

Extension work is also done to assist particularly enthusiastic farmers. This activity often enables biologists to obtain the assistance of landowners in the collection of data and specimen material. Crowned guineafowl have been propagated artificially and sold to farmers for release in areas where these birds are absent.

On most farms, however, manipulation and improvement of the habitat are required rather than the introduction of new birds to supplement existing populations. Complementary to the research work being done in Natal is a programme of public information and education based on knowledge and facts already available.

Contact with farmers and hunters is actually very necessary because it allows research work to be moulded according to the requirements and needs of both the wildlife resource and of the people who use, guard and protect it.