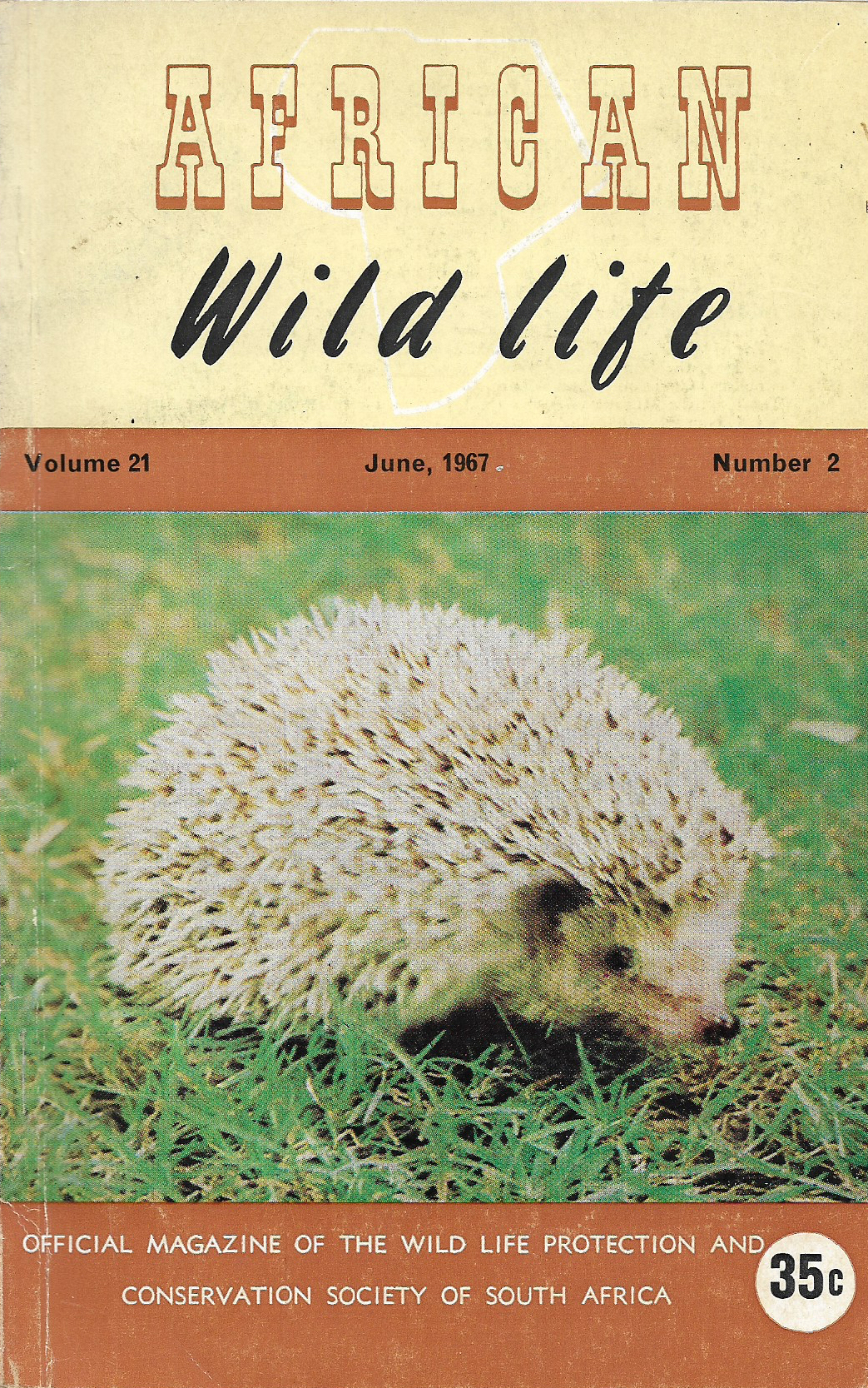 In the June 1967 edition of African Wildlife, the official magazine of the Wildlife Protection and Conservation Society of South Africa, researcher A. M. Brynard’s talk to the Transvaal fieldwork section of the society was published.

This was 55 years ago, before elephant culling started in the Kruger National Park, it makes for interesting reading.

Game Control in National Parks. By A. M. Brynard.

The topic I have chosen for tonight’s talk is a controversial one and one which has been in the news a great deal recently. I will therefore try to give you the facts with regard to the reasons for game control in National Parks with special reference to the Kruger National Park.

Control game numbers in National Parks is by no means a new concept -it has been practised and is still being practised in Parks throughout the world.

My first experience with game control came In the Mountain Zebra National Park where springbuck became too numerous and had caused a certain amount of overgrazing in some areas. Surplus animals were captured and distributed amongst farmers at a reasonable price.

In the Addo Elephant National Park, eland may shortly become too numerous and their numbers will probably have to be controlled in the same way.

Conditions in the smaller Parks are somewhat different from those in the larger Parks e.g. the Kruger and the Kalahari National Parks, mainly because of the scarcity or total lack of predators. In those parks man must, therefore, take the place of the predator.

In addition, the smaller Parks have been set aside for the protection of particular species e.g. the mountain zebra and the bontebok.

These species need full protection against the encroachment of other more prolific species.

The most important veldtypes of the Kruger National Park are briefly as follows:

The problem of game cropping is mainly associated with over-grazing of certain parts of three of these veldtypes, viz. the Marula-Knobthorn Parkland, the mixed Combretum veldtype and communities of doleritic soils especially in the Central District i.e. between the Sabi River and the Olifants River. Overgrazing also occurs to a certain extent in the southern district, mainly along the southern bank of the Sabi River, along the northern bank of the Crocodile River and on the Lebombo flats between these two rivers.

A small portion along the Levubu River at Pafuri is also overgrazed.

During recent years for various reasons there has been a tremendous increase in the numbers of certain species of game and this coincided with a number of very dry years in succession.

Carnivora were no longer able to cope with the increase.

The result was that some areas became over-utilized. If this over-utilisation of the areas under consideration should be allowed to continue it could result in the total destruction of the habitat, not only of the species that have become so abundant, but also of those of the rarer species that occur in the same localities.

For obvious reasons these conditions cannot be allowed to continue and the only solution to the problem is to effect a decrease in the numbers of those animal species that have become too numerous for their habitats and which are creating the problem.

The estimated numbers of animals of these three species which at some stage of the year concentrate in these areas are as follows: impala 82 300, wildebeest 13 700 and zebra 7 850.

From these figures it may be gathered that the initial culling rates are extremely conservative and that the possibility of overshooting virtually does not exist. Culling rates will, however, be adjusted as more scientific data about the numbers of these animals become available.

I may mention that all possible data e.g. natural rates of increase population structure, food preferences, sex ratios, parasites, diseases, etc. are collected from animals that are shot during the culling programme.

In the case of buffalo and hippo, pilot schemes were launched whereby about a hundred animals of each species were killed in order to find out more about them.

This will most probably also be done with elephant and giraffe before any large-scale culling programme will be started with them.