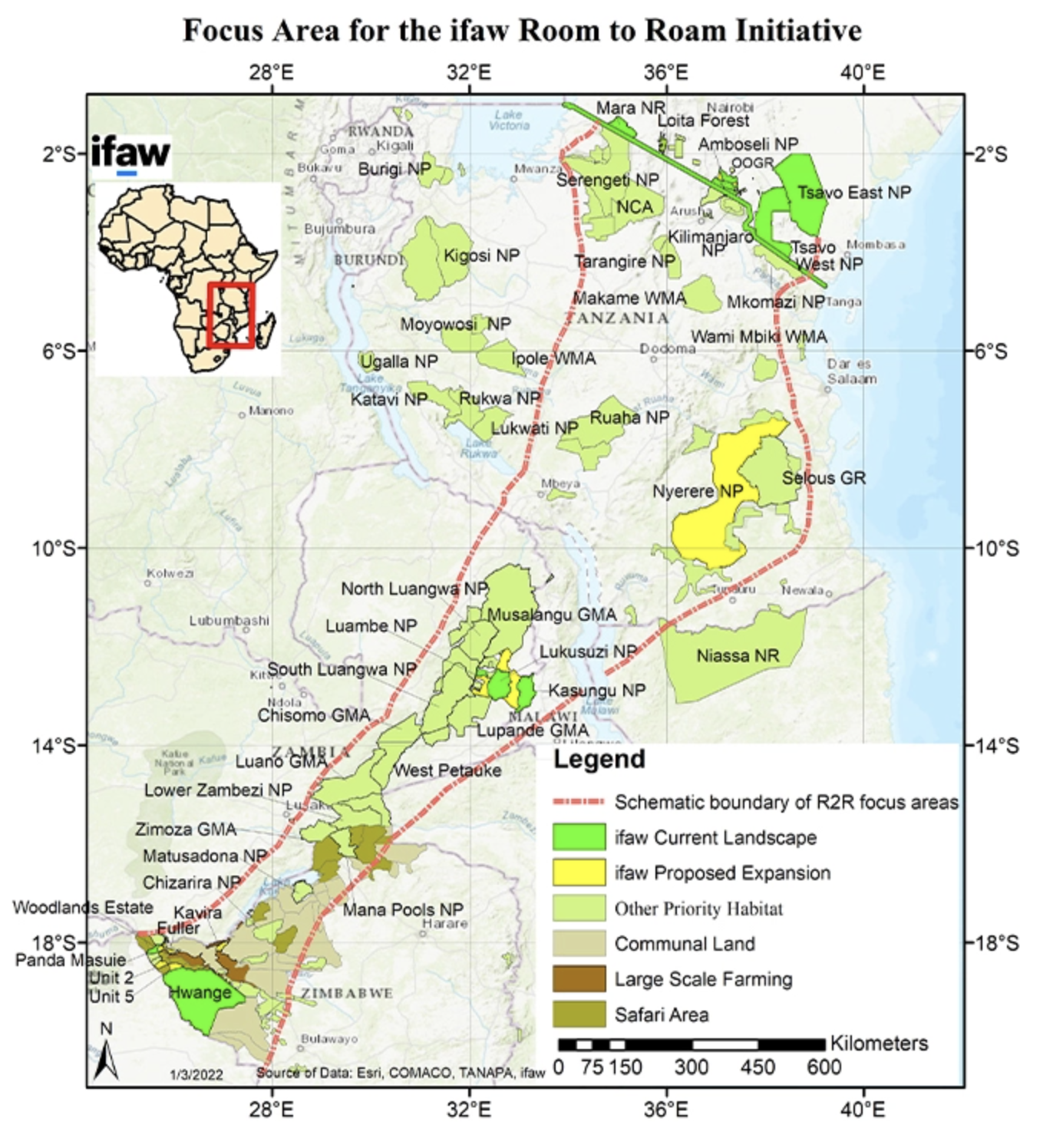 In September 2019, the International Fund for Animal Welfare (IFAW) signed a “Partnership agreement” with Zimbabwe Parks and Wildlife Management Authority (ZimParks) relating to the Hwange/Matetsi Ecosystem.

There were no stakeholder consultations, and it was only through the media that Zimbabweans learned of this development.

Since then, IFAW has initiated several projects within the boundaries of Hwange National Park (HNP).

Cash strapped ZimParks is becoming more reliant on financial assistance from IFAW, evidenced by the donated HNP rangers and management staff uniforms with the ZimParks emblem on one pocket and the IFAW emblem on the other.

IFAW is an animal rights group and anti-hunting; they make this clear through their social media channels and website.

Zimbabwe’s conservation strategies are centered around sustainable use, which includes safari hunting.

This conflict of interest is concerning, especially given recent events.

IFAW has publicized their intention to acquire certain areas within Matetsi in the name of its “Room to Roam” project.

IFAW’s map of their “focus area” is revealing.

On this map, their current landscape is colored green; a couple of parks in Kenya, a couple in Zambia and then Hwange National Park and Panda Masuie Forestry Area in Zimbabwe.

Not that impressive given the total area under consideration.

How much money will it take to color the whole area green? Well, that’s precisely the point. Milking donors is the motive behind this senseless, unworkable project.

What is noteworthy is that the schematic boundary of their “Room to Roam” focus area leaves out the Niassa Reserve in Mozambique. Their red line actually cuts through the wildlife corridor between the Selous game reserve in Tanzania and Niassa.

Why would it do that?

Probably because they don’t know that it exists.

We must call bullshit when we see it.

We have heard of a “paper park” where in reality, no park exists. This is most definitely a case of a “paper corridor”.

One can envisage the IFAW elite sipping martinis while randomly drawing lines with a red crayon across Africa, much like the colonial powers did back in 1900 at the London Convention for the Preservation of Wild Animals, Birds and Fish in Africa.

IFAW’s map shows that they intend to add Matetsi Units 2 and 5 and Woodlands Estate, a community-run hunting area, to their property portfolio which already includes the adjacent Panda Masuie Forest Area.

Apparently, IFAW has offered Zimparks double the income generated through safari hunting in these areas.

Mr Jimmiel Mandima (IFAW’s Vice president of Global Programs) justifies the proposed takeover of these areas to allow the free movement of elephants that are “doomed for extinction within 30 years”.

Jimmy (may I call you that?), the area has no fences, and elephants already have as much “room to roam” as they like. The real environmental issue in the subregion is that there are too many elephants, but of course, you would never accept that.

So why does it matter if IFAW ponies up double the money for the areas?

Well, for one, they would be doing it under false pretenses; elephants are not under threat of extinction in the region.

But more importantly, it is part of their bigger scheme to subvert Zimbabwe’s current conservation strategy, which includes all forms of sustainable use.

The Matetsi stakeholders are understandably very pissed off. They have asked to see the “conservation partnership agreement” between IFAW and ZimParks as well as the Matetsi and Woodlands proposals, failing which they will head to court.

And so the propaganda battle with animal rights groups rages on, common sense be damned.