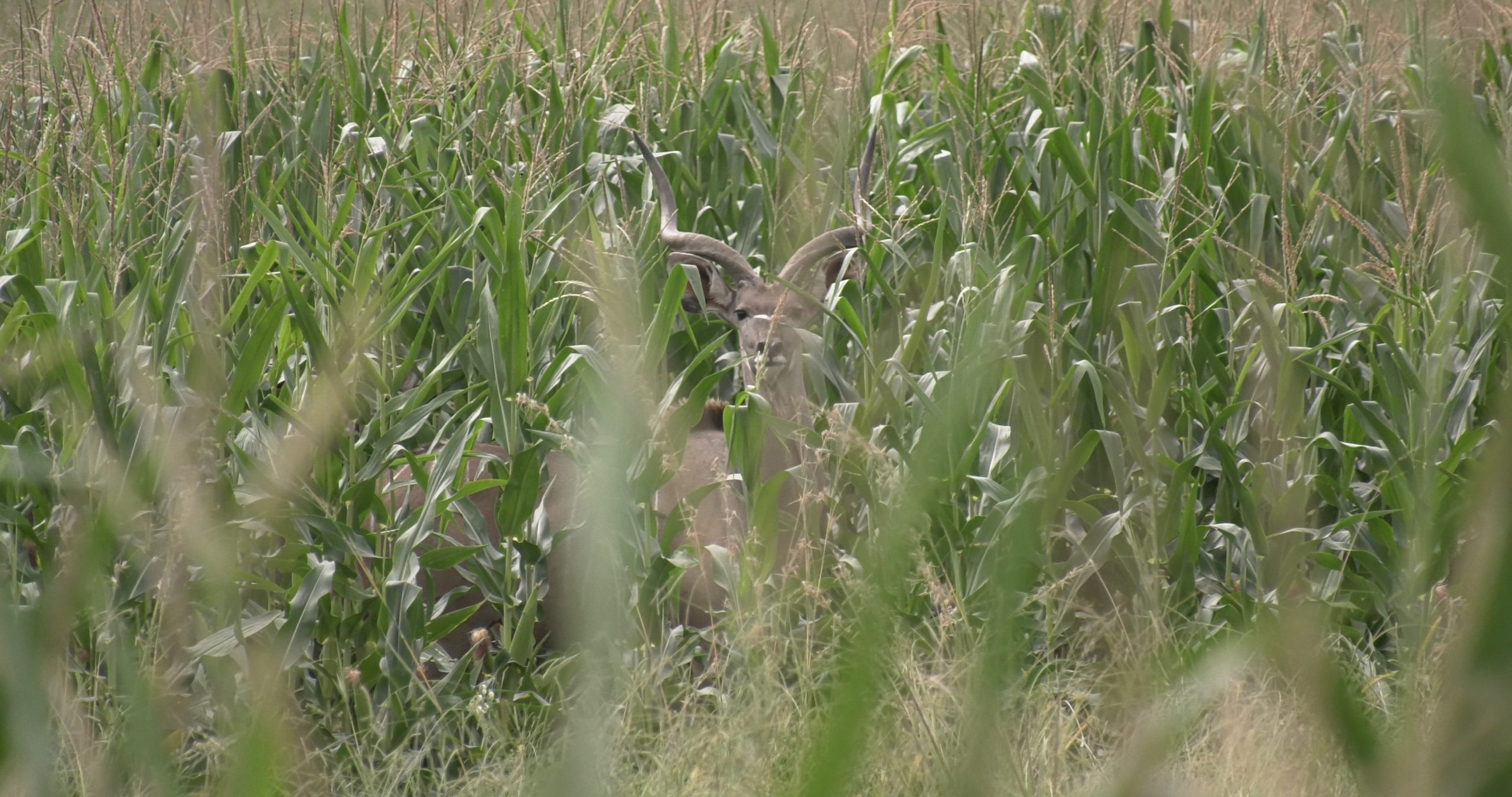 Martiens Potgieter is a burly, handle-bar mustached maize farmer from Normandien KwaZulu-Natal, South Africa, who came to the area as a child in 1970. He has lived, worked, and played here ever since. He is a passionate conservationist, always looking to balance growing crops and the environment’s health. The seed to the idea of establishing a conservation area in his district was planted in 1990 when Martiens and his brother bought 13 kudus and released them into the mountainous farm area of Normandien in the hope that they would multiply and reestablish the population. The animals were offloaded into the open veldt, never to be seen again.

In 2000 Martiens became an honorary officer in the local conservation agency. He learned of the actual size of the oribi, kudu, reedbuck, and warthog populations of the region, but they were under threat. Establishing a conservation area would provide better protection but convincing the landowners was challenging. The farmers’ main concern was losing control over their land. They were eventually mollified, and the Mpungini Conservation Area was registered in 2002 with Martiens as the manager. There are 62 members of the conservation area, which stretches over 75,000 hectares with no high, game-proof boundary fencing. The primary crops grown are maize, wheat, and soy, but the most significant percentage of the land is cattle. There are also two fenced-in game farms.

The predominant wildlife species in the area include warthog, kudu, reedbuck, oribi, bush duiker, steenbok, mountain reedbuck and problem animals such as vervet monkeys, baboons, jackal and bushpigs. There are no plans to introduce other wildlife species as it is primarily a commercial farming area. Species such as red hartebeest and zebra are fence breakers, while blue wildebeest can infect cattle with “snotsiekte” (malignant catarrhal fever).

The biggest threat to the wildlife, especially the oribi, was the illegal taxi hunts with dogs. Criminal syndicates run this cruel form of poaching for gambling purposes. Packs of half-starved dogs and their handlers are released into an area to run down all forms of wildlife. The gambling participants bet on anything, from whose and which dog will make the first kill to which species will be brought down first. Taxi hunts were rampant across the region, but with the establishment of the conservation area and help from the police and conservation agencies, this vile form of poaching has been stopped here.

The growth of wildlife populations has been impressive, but various challenges have arisen with this success. The farmlands produce both winter and summer harvests providing an abundant year-round food source for the wildlife, especially the kudu, warthog and bushpig. The kudus no longer have a fixed breeding season, and population growth has been exceptional. The farmers accept crop damage as the price to pay for having the wildlife, to a point. Controlling the population sizes is a part of the overall management plan.

In the past, the conservation area caught kudu herds using a helicopter and nets. Some of the bigger bulls were darted from the helicopter. But when management added up the costs of flying time, veterinary services and drugs, and transport, the expenses outweighed the selling price for the animals.

Hunting is the most efficient and cost-effective way to control numbers, but trophy hunting is not viable because of the limited number of species available. Venison hunting is practical, and the conservation area offers hunting packages to local meat hunters. The income generated is put back for protection projects such as installing vehicle monitoring cameras.

According to a report on the State of the Wildlife Economy in Africa (2021) by the School of Wildlife Conservation within the African Leadership University, hunting is one of the most significant revenue contributors to the wildlife economy in South Africa. 85% of hunting revenues in South Africa come from domestic hunters, mainly for meat/biltong. In 2018, local hunters contributed approximately USD 700 million and foreign hunters approximately USD 123 million, providing an estimated USD 823 million.

Veldt management is another management aspect, and the control of invasive wattle trees that use excess water along the riverbanks and mountain ridges is one of the environmental issues faced. The trees are cut down, and the stumps are sprayed with herbicide to stop regrowth. Grass seeds are spread across the bare patches on the ground to bind the soil, prevent runoff, and provide grazing for the livestock and wildlife.

The establishment of the conservation area has had other environmental benefits. Various mining companies looking for opportunities in fracking, coal and building sand extraction have been kept out because of the area’s ecological status. Conservation is not just about protecting vast expanses of wilderness or safeguarding an endangered animal; it also includes less glamorous but equally critical environmental activities. We all use natural resources in some form, and we need to ensure that it is both responsible and sustainable.

In 2011 the Mpungini branch of SA Hunters and Game Conservation Association (SAHGCA) was formed with Martiens as the first chairman. From a nucleus of 80 people, the membership numbers have grown to nearly 300. We feature the conservation successes that the Mpungini Conservation Area has achieved in our upcoming documentary, Citizen: Hunter, The Story of SA Hunters.