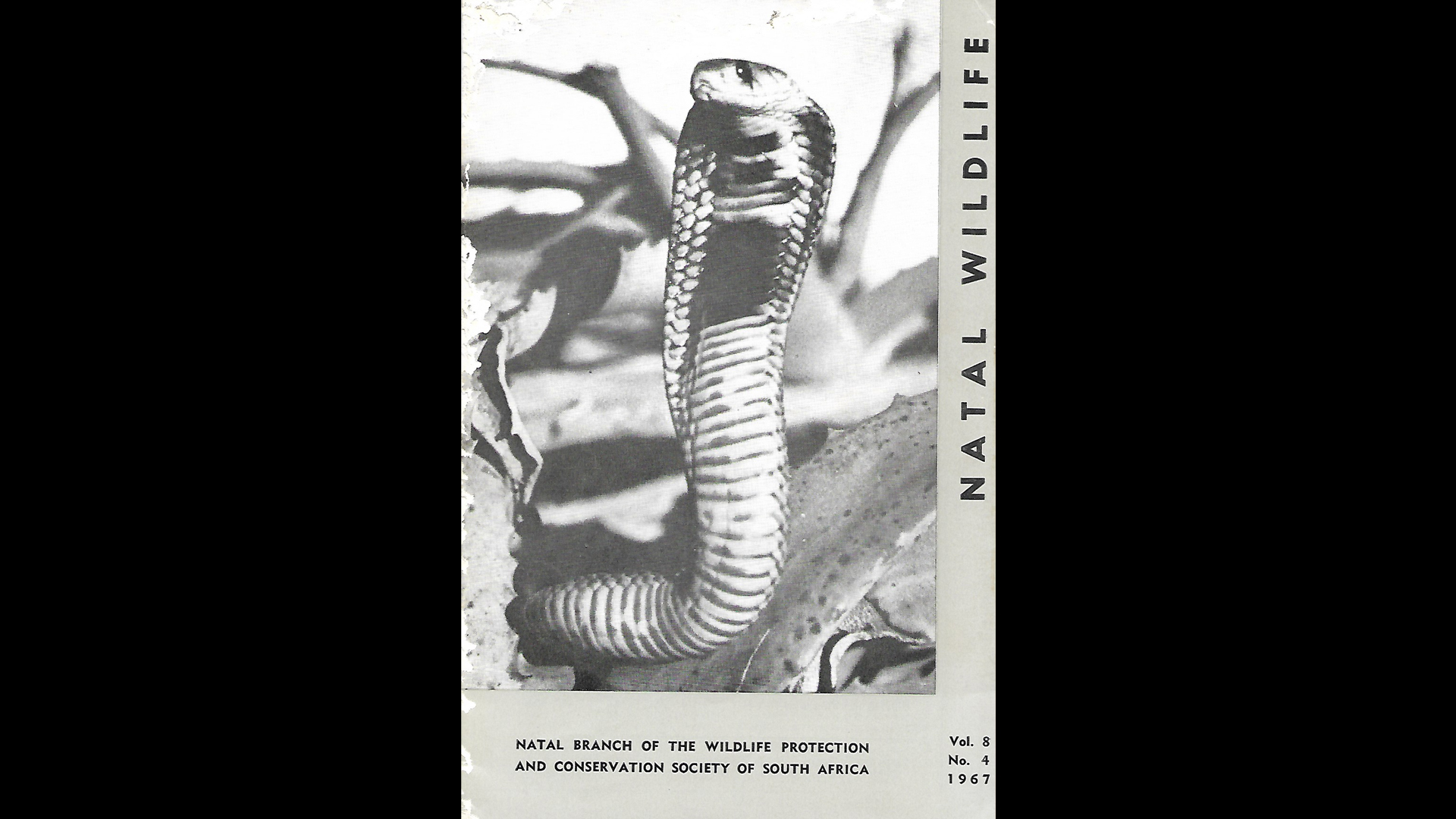 Should conservation be a part of the education syllabus and taught as a separate subject at school?

This question was the topic of an editorial by Miss C. Bond in the publication “Natal Wildlife” volume 8, in 1967.

Advertisers and propagandists share the slogan “catch ’em while they’re young”, for they know that the sooner an idea is planted in a young head, the firmer it will be. To produce an understanding population responsive to the most important problems facing South Africa, conservationists have for many years been trying to reach the younger generation.

As far back as 1902, the Durban Field Naturalists’ Society was organizing school competitions “with the view to encouraging boys and girls in the study of the natural history of the colony.” In 1949 the matter was taken up on a national level when the Minister of Agriculture appointed a Liaison Committee to study the problem of introducing conservation teaching to the schools.

Two years later, it was announced that soil and water conservation would be introduced into the primary schools of South Africa through the medium of a nature study course and in the high schools through the medium of geography. To stimulate young minds further, the Government spent money promoting the Land Service Movement, and private bodies interested in different aspects of conservation started other youth movements.

In Natal, the Wilderness Leadership School, for example, is trying to ensure that the leaders of tomorrow are men wise in the ways of nature. However, all these efforts have not yet produced the hoped-for enlightened population. Obviously, we have not yet found a means of conservation education that really produces results.

But just where are the flaws in the education offered in our schools? Why do our children emerge so untouched by the power and wonder and excitement of conservation? Perhaps one difficulty is having teachers who are not enthusiastic themselves. The Natal Wildlife Society is trying to overcome this by arranging a programme of field tours through Natal for local teachers.

Another problem is persuading disinterested youngsters that the dissection of a stem or flower, or the theory of building contour banks, can have any relevance to their lives. Growing broad beans under laboratory conditions or learning the water cycle is merely producing more material to “swot” for tests and then forget thank goodness.

It is hardly surprising that conservation ideas lose themselves when shuffled into syllabuses on “nature study” or ‘geography”.

The future of South Africa depends on her handling of her conservation problems, so surely conservation is a subject which more than any other deserves to be taught on its own a subject to be presented with all the skill and subtle entertainment with which modern educationists are now trying to promote mathematics or English.