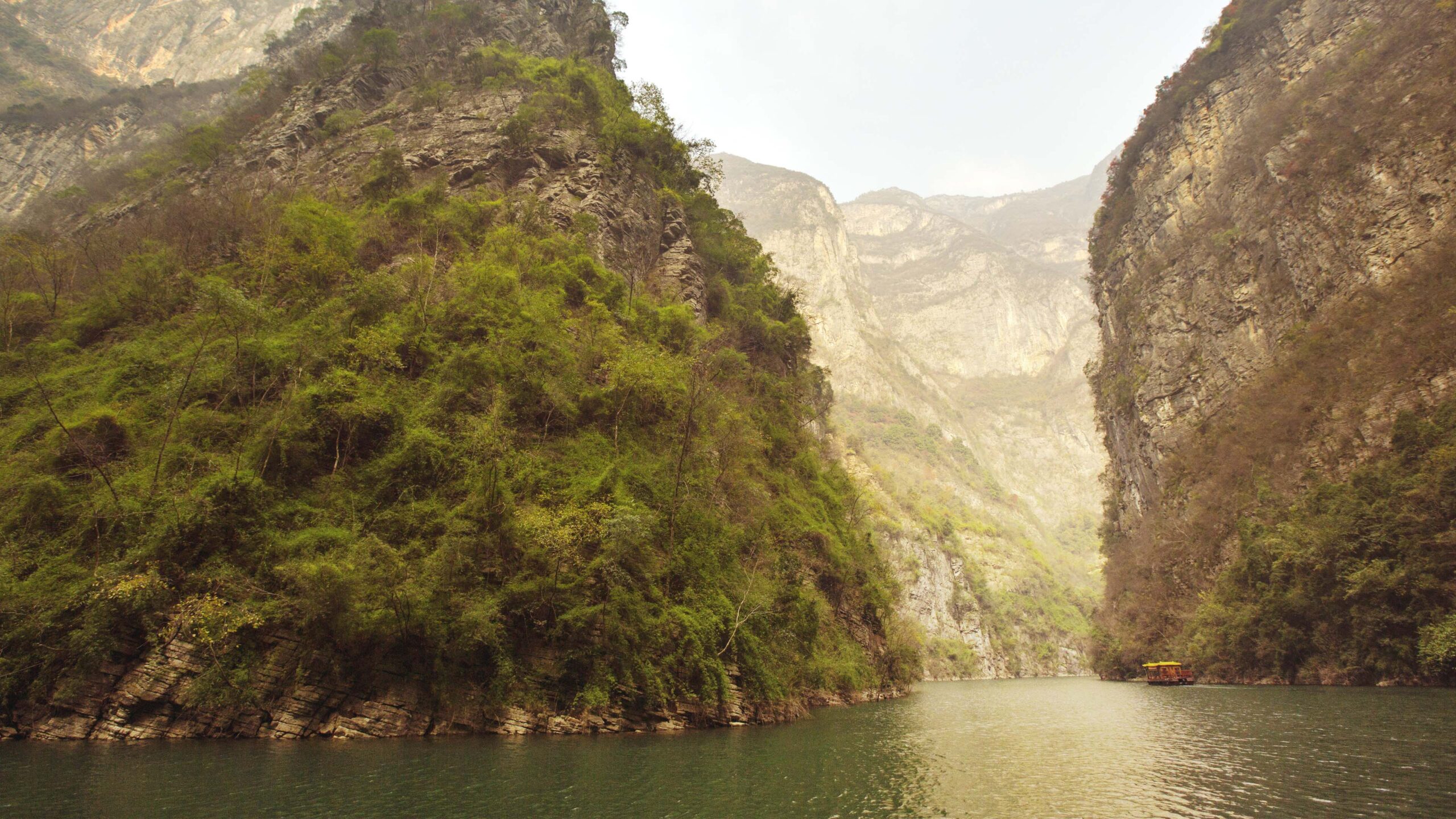 The Yangtze River, flowing a distance of over 3900 miles (6276 km) is the third longest in the world and the biggest river system in Asia.  It is considered one of the world’s most ecologically critical rivers for biodiversity and freshwater ecosystems. Yet up to 60% of its 378 fish species are endangered or extinct.

In July 2022, news sources lamented the IUCN’s official declaration that the Chinese paddlefish was now extinct and the Yangtze sturgeon was now extinct in the wild, both of which had been designated critically endangered since 1996.    A 2018 paper in Current Biology by Huang and Wang warns that another species, the Chinese sturgeon, is also headed towards extinction, probably within the next 10 to 20 years.

This is the largest anadromous fish in the Yangtze River, an ancient species whose 140 million-year-old fossil records indicate that it swam with the dinosaurs.  Known in China as the “king of freshwater fish”, Chinese sturgeon can grow up to 16 feet long (8 m), weigh up to 990 lbs. (449 kg), and live up to 35 years. Their meat and caviar were considered a delicacy, which struck an initial blow to their populations via overfishing.

Historically found in southwest Korea,  Japan, and South Chinese rivers, they now only occur below the Yangtze dams in China and in the Yellow and East China seas.  Their anadromous lifestyle is spent mostly at sea, with adults (males beginning at 8 years and females at 14) returning to freshwater to spawn about every four years.

They swim to the Yangtze River estuary in June or July, slowly migrating upstream to spawning areas, primarily fasting, spending up to 18 months in the middle reaches of the river as their gonads mature. Spawning begins in October or November of the following year.   Afterwards, the adults return to sea, and the larvae drift down the river towards the estuary.

In 2020, China implemented a decade-long ban on fishing in the river.  Overfishing and pollution had taken their tolls but so had hydropower dams that disrupted water flows and migratory routes, reduced spawning areas, and affected water temperature regimes.

Several dams were built on the Yangtze since the 1980s, but the Gezhouba Dam in 1981 dramatically decreased spawning habitat and delayed temperature changes.  Which, in turn, delayed the start of spawning for this species.

This dam shortened their migration route by 730 miles (1175  km), decreasing their reproductive output by greater than 75%. At the time, however, scientists strangely declared no good reason to put a fish passage structure in.  The Three Gorges Dam was built in 2003, followed by the Xiangjiaba Dam in 2012, and Xiluodu Dam in 2013.  Each new dam shortened its habitat further. Being a large species,  they require large spaces to mate and spawn.  Their now altered habitat available is only 6.5% of its original size.

But the temperature effects of these dams are just as much, if not more, impactful.  By 2018, their reproductive rate was estimated to be 4.5% or less, as elevated water temperatures delayed their gonadal development by 37 days, reducing their effective breeding population size by 24.1%.

The dam building didn’t just damn them by presenting insurmountable physical barriers. It created physiological barriers to breeding as well.  The reservoirs that dams create soak up heat from the sun and turn water more lake-like than riverine.  Dams discharge these reservoirs, affecting sedimentation and water flow levels and water temperatures downstream too.

Hotter water stresses these cold-water fish and affects the rates at which their gonads mature. Historically, these sturgeon would’ve had long, progressively colder swims during which their bodies gradually shifted into reproductive mode. After entering the estuary, their ovary weights and egg diameters increased while their body fat content decreased. A critical factor since they rely on their own fat stores as their only source of nutrition during this time.

Their spawning window period (SWP) is strictly determined by water temperature, most suitably between 18 and 20C, with only very slight variance acceptable (16.1 to 20.6C). Mating must be completed during the gonadal maturing period (GMP)  because once their body fat depletes, their gonads degenerate. The normal spawning period (NSP) is when the GMP and SWP overlap.  The dams changed both parameters, which discordantly shortened the NSP significantly.

Normally, the NSP was 60 days long.  Construction of the dams ultimately shortened it to 0 to 13 days, however, with the exact date dependent on the operation of cascade reservoirs. When appropriate spawning temperature water is delayed longer than November 15, spawning hardly occurs.

Hatchery-raised fish have been the salvation of some fish species affected by dams in other parts of the world.  And the Chinese government did invest heavily in this technique by adding more than 9 million sturgeon fry (juveniles) into the Yangtze between 1983 and 2007.  But scarcely any survived to adulthood, and even if they had, the water temperature regimes were still incompatible with their spawning physiology requirements.

This tragic story of the Chinese sturgeon is one example of how vulnerable the 110 anadromous fish species in the world are to the habitat-altering effects of dams. This year, the IUCN announced that 100% of the world’s remaining sturgeon species are now at risk of extinction.  A figure bumped from 85% in 2009, as declines in the past three generations are steeper than previously thought.

It’s likely unrealistic to expect the Yangtze dams to ever be removed.  But if water temperature regimes could be managed better, perhaps the Chinese sturgeon could be maintained. Unfortunately,  a compounding factor recently arose, confounding this conservation challenge.

This year, a historic drought dried the Yangtze River up to half its average water levels, prompting the first national drought alert in nine years. Rainfall in the Yangtze River basin was down 45 %, the lowest since 1961, coupled with a lengthy heat wave. Rolling blackouts and power rationing ensued.  Who knows its impacts on the already imperiled wildlife, like the Chinese sturgeon, Chinese alligator,  Yangtze finless porpoise,  Yangtze giant softshell turtle and Chinese giant salamander?

Species continue to be discovered in this, one of the world’s most biodiverse ecosystems, and it is unknown who all is facing risks. Plus, over 400 million people depend on its freshwater resources.  The Yangtze River dolphin, the Chinese paddlefish, and the Yangtze sturgeon are now gone. Hopefully, effective conservation solutions can be found so that this sad list of failures does not continue to grow.