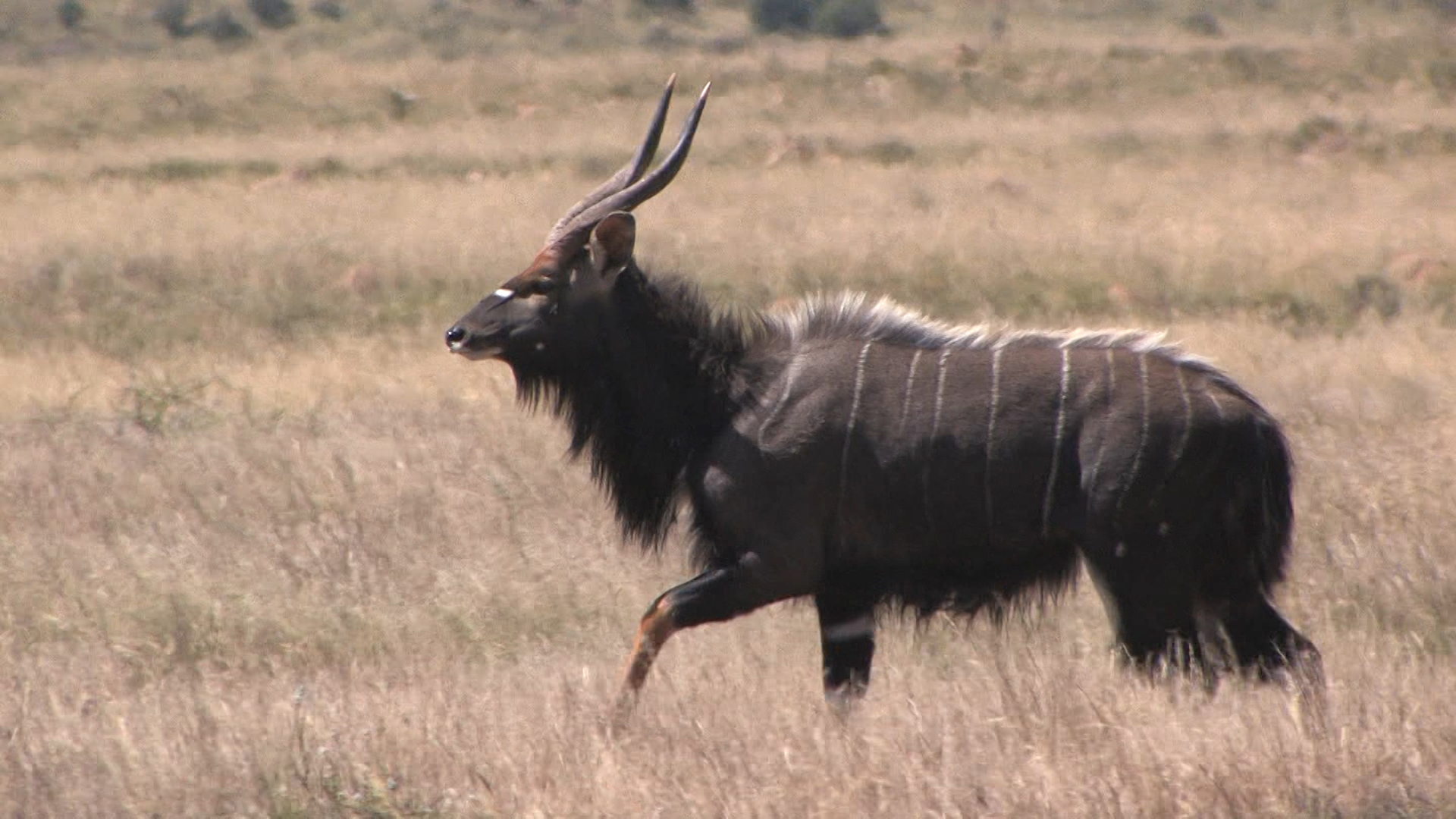 In human societies, it is generally accepted that, with human rights, come responsibilities.  These include a tacit agreement not to harm other members of one’s own society and to conform to certain norms (or laws) that are pre-agreed – even if not individually endorsed.  If responsibilities are ignored, one can expect rights to be withdrawn.

Admittedly, this is a Hobbesian view that might not have been shared by the more liberal Locke. He believed that all men are born equal and have the right to revolt when they are in strong disagreement with their laws or rulers. Peter Singer is a modern moral philosopher who has extended the equality argument to include animals.  He is possibly the most noted proponent (certainly the most vocal) of the animal rights movement.  I provide a link to an essay he wrote in 1979, entitled “Equality for Animals?” (www.utilitarian.net/singer/by/1979—-.htm).  I provide this citation because I find Singer’s essay to be remarkably well argued and his case potentially convincing.

However, I still think he is profoundly wrong in most of his conclusions and it took me some time to see why.  Finally, I realised that, in my view, his logical discourse started with a flawed premise, namely that of a belief in equality.  He argues that the fundamental principle of equality is the principle of equal consideration of interests.  He goes on to state that all sentient creatures have legitimate interests, whether they possess self-consciousness or not, and these include the experience of pleasure and avoidance of fear and misery.

I suggest that a belief in equality, although, perhaps, morally admirable is profoundly anti-biological, contradicting the laws of nature and the “survival of the fittest” understanding of how it works.  In other words, it is utopian unless Singer believes in the “loaves and fishes” parable, unlikely because of his atheist views. To “love thy neighbour as thyself” will not bring a happy ending to Hardin’s “lifeboat dilemma” and it would clearly exacerbate matters to throw animals along with humans into the water!

Unfortunately, Singer’s thinking will be considered moral and kind by those with no background in biology while mine will be judged harsh or even repugnant. I think this may go some way to explaining why animal rights advocates and protectionists have taken control over the funding and management of wildlife conservation.

I would also suggest that Singer’s case for animal rights also depends upon the almost ubiquitous assumption that non-human animals experience psychological suffering akin to our own were we to exposed to similar circumstances.

In fairness, the human ability to reflect and reason and an animal’s inability is acknowledged by Singer.  He accepts that, in some cases, reflection can make suffering worse, but also asserts that, in others, lack of ability to reason or understand can exacerbate it. However, though counter-intuitive, there are quite good scientific grounds for believing that non-human animals generally have an extremely limited ability consciously to experience any emotions as feelings at all.

An outspoken critic of the conventional view is Dr Bob Bermond, a Dutch psychologist, who wrote a paper, entitled “The Myth of Animal Suffering”, for which he received much vilification on the social media.  I would like to spend a little time in explaining why Bermond might be correct.

Ethology is the study of animal behaviour.  Ethologists and, indeed, all laymen find no difficulty in recognising emotional behaviour in animals.  When they see it, they almost invariably infer that the behaviour is automatically associated with the feelings that man would experience in equivalent circumstances.

This may well not be the case.  It is entirely plausible to believe that a behavioural emotional system evolved well before the conscious ability to experience emotions as feelings. Neuroscience has demonstrated that those parts of the human brain most associated with feelings (e.g. the right dorsolateral prefrontal cortex) are scarcely present or are entirely absent in the brains of non-human animals.

Furthermore, the lack of emotional feelings in certain brain-damaged humans also raises doubts about what animals are capable of feeling.  It is possible to envisage future intelligent robots which are designed to demonstrate emotional behaviours, but which feel nothing.  (It is noteworthy that empathic owners of existing domestic robots (that lack any type of emotional behaviour) have been reported to become almost as attached to them as they are to their pet animals.)

It is true that ethologists are constantly demonstrating new examples of problem solving in non-human animals and we correctly conclude that they may be more intelligent than we used to think.  However, cognition is an entirely different brain attribute from emotional consciousness.

In any event, our empathic selves are apt to over-exaggerate even the cognitive capacities (intelligence) of non-human animals.  Animals of the same species can have different characteristics (attributable to variations in interplay between adrenal and pituitary glands plus different past experiences) and, thus, were they actors in a play, they would bring different nuances to their parts.

However, there is no indication that their cognitive abilities will ever allow them to become playwrights.  Their intelligence is primarily based on stimulus-associated reinforcement learning plus memory – which they share with man.  However, they tend not to have access to higher order thoughts.

I would like to deploy one further argument to refute the likelihood of the existence of much in the way of conscious emotional feelings in non-human animals. Psychologists agree that there are far more negative than positive emotions.  If one considers wild animals, one might imagine them to be in a near-constant state of suffering due to predators, aggressive con-specifics, disease and hunger – “nature red in tooth and claw”.

Under such circumstances, one would anticipate extreme levels of chronic or repeated acute stress, definable by animal welfare scientists as distress. Distress is anti-anabolic (catabolic) and impairs growth, lactation, reproduction and immune function.  Thus, were wild animals to be cursed with human-type brains, it is extremely unlikely that they would ever have evolved at all.

Perhaps, after all, Bob Bermond is correct to say that we should rejoice in the fact that non-human animals lack much capacity to suffer rather than assuming that they do and worrying about it.  In the case of individual wild animals, we have few options to ameliorate the quality of their lives although culling surpluses with bullets might be deemed superior to leaving nature to cull through starvation.

There may be one part of Singer’s essay that resonates with both sustainable-use and protectionist conservationists.  He argues that it is immoral to eat meat when it comes from animals that have been specially concentrate-fed for the purpose (e.g. pigs and poultry), but that it is acceptable to do so if it comes from those that graze areas that are unsuitable for arable production.

In Africa, much of the wildlife occupies areas that are, indeed, unsuitable. In such areas, wildlife can, under certain circumstances, be more profitable than domesticated ruminants.  One can envisage, therefore, a means by which the territory accessible to wildlife can be increased.

Before concluding this section, I deem it necessary to consider the subject of animal welfare science.  Its owes its existence to the almost universal belief that non-human animals experience conscious feelings akin to our own.  If they don’t, we would still need to practice good husbandry to achieve satisfactory performance and avoid distress because stressed animals fail to thrive.

However, this is a job that can be left to what should be the self-interest of farmers, wildlife managers and their veterinary advisors.  I am of the personal opinion that animal welfare scientists frequently act as the often-misguided advocates for animals and are the servants of the animal rights cause.

This is not to suggest that animal welfare should be ignored nor that animals should be spared, where possible, from experiencing unpleasant sensations (which are distinct from feelings).  I am merely inferring that welfare scientists are unduly influenced by ethologists who tend to exaggerate problems, which are, in any event, often unavoidable.

I would also like to condemn cruelty to animals.  While we still lack precise knowledge of how much they can suffer (though I believe it to be generally exaggerated), it can be deemed cruel if we inflict it unnecessarily either by acts of commission (e.g. harsh beatings) or omission (e.g. failure to provide water for a prolonged period to a confined animal).

I do not wish to tar all animal welfare scientists with the same brush.  For example, Professor John Webster (1994) wrote the following: “The practical application of compassion for animal life…….must be based on a robust acceptance of the inevitability of suffering and death (which is the end of suffering”.  Webster, a veterinarian by initial training, is well known in the UK for having produced “The Five Freedoms”, an aspirational list of dos and don’ts for livestock farmers.

They make some sense provided that they are, indeed, accepted as aspirational and not rigidly encoded in legislation as some campaigners wish.  They are, however, totally inappropriate for use by wildlife managers.  I was surprised, therefore, to see them quoted in full in “Game Ranch Management” to which I made reference earlier.