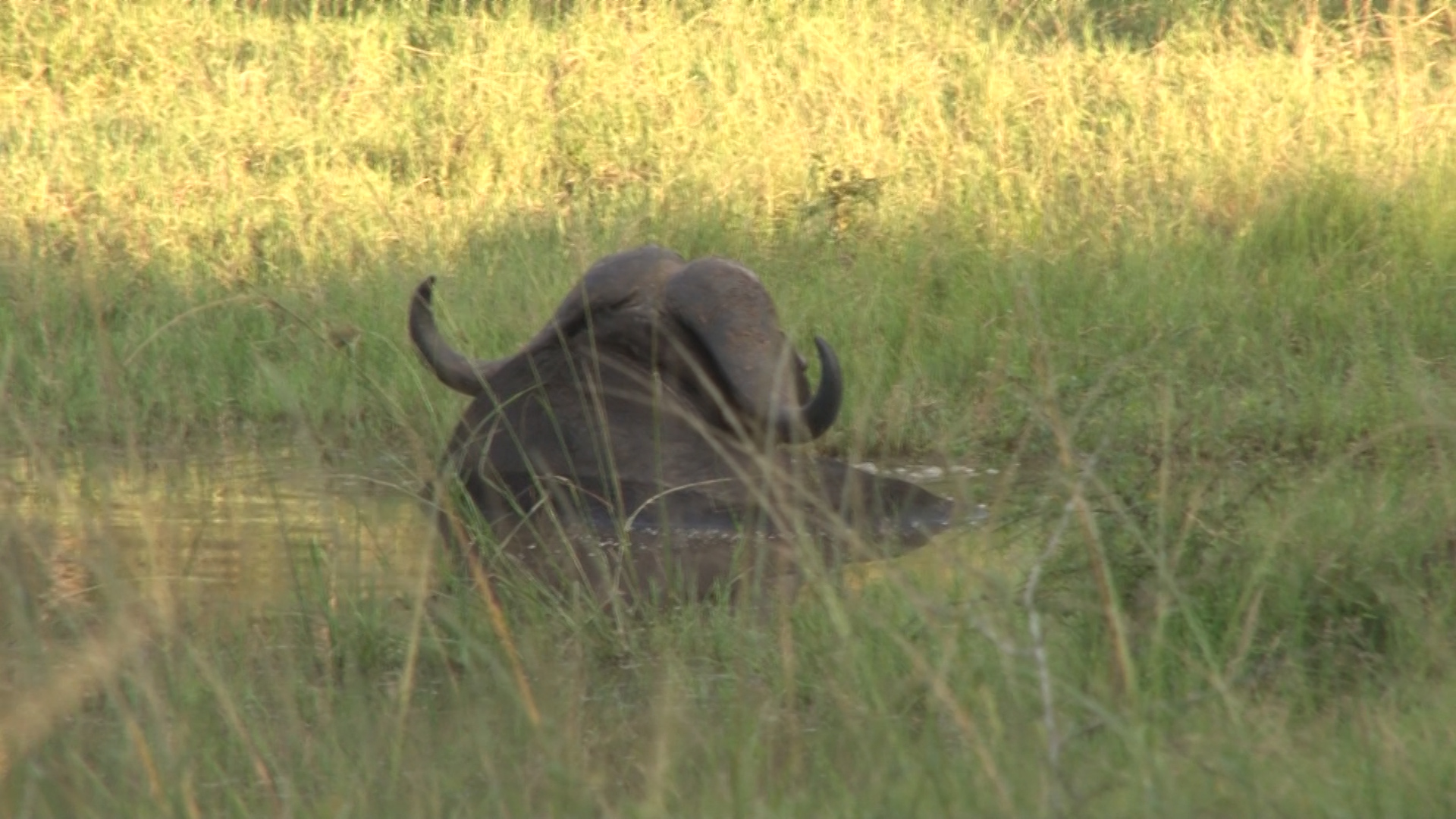 This thread on the Africa Geographic website (link below) motivated me to try to contribute positively to this pro / anti-hunting debate that is often unnecessarily polarizing and acrimonious.

In the interests of full disclosure, I don’t know Ivan Carter at all but I do know Dereck Joubert and the highly respected Great Plains Conservation company he co-founded. I consider myself a resource economist at the core of my thinking. I have a background in agriculture, conservation development, photo safari business development and climate change mitigation through sustainable development. I am unashamedly pro-conservation but try to evolve my perspectives in a context of a world increasingly full of people. A world facing a massive demographic challenge on top of climate challenges. If conservation in Africa is to be successful, core wilderness, sustainable use areas and multiple use areas need to coexist side by side ideally in a continuum.

Sustainable use activities are subdivided into – consumptive and non-consumptive practices. Photo safaris are considered the latter and hunting and some other practices the former. However, compared to pure biodiversity conservation both are consumptive but just on a sliding scale. In this debate the pure national biodiversity mandates typically assigned to entities like National Parks Agencies and NGOs like African Parks is not what we are debating. These core biodiversity areas should ideally be substantially commercial activity free.

My perspective expressed here is specifically in an African context.  Africa, my home continent, is facing an active population boom growing from around 1 billon today to 2.53 billion in 2050*, while the Western world ages. My contemporaries the older and greyer amongst us, mostly in the Western world, need to understand that the youth of Africa will dictate its future, the best we can do is help make it easier for the youth of tomorrow to take good decisions. Therefore, arguing for what matches our feelings, is not necessarily future proofing conservation in Africa.

Regrettably, neither of the strongly held arguments, in this thread, represents a long term future looking solution to African biodiversity conservation imperatives.  It is natural to be responsive to what are presented as strongly opposite reductive, binary arguments based on either being in the pro-hunting or anti-hunting camps. Neither of these views “wins” such an argument from my perspective, in fact it is probable that they both loose should any of them win outright. The real tragedy is the the future of Africa’s legendary wild places also looses if either wins outright.

I don’t have time to research and write a proper resource economics argument properly supported with analysis and facts, about both points of view. However, I submit that such a study will likely conclude that 1+1 = 3 (i.e. both solutions applied sensibly and appropriately lead to a synergistic outcome) where the macro environment required for both hunting and photo safaris create enormous value for each other and more importantly for the benefit of the locals and the rest of the world – while also benefiting climate change mitigation efforts. A win for all.

Understandably, both sides want to be right and but both risk end up being wrong with these binary arguments.

Considering some of Dereck’s main points for now – but I can do exactly the same to the hunters perspectives too but Dereck has already made some of these points:

If 1,000 photo guests are better than the 15 hunting guests, then surely, by extension 10,000 is even better, then what about a million guests – is more really better? We all know that there is a balance and that can and should vary to suit specific circumstances. Impact on the environment is a function of numbers of people in that environment and its sensitivity to the human activity. Hunting has a high animal impact but a much lower environmental impact that photo safaris and vice versa.

If shooting a buffalo has such consequences, then a lion killing a buffalo must have the same effect? Why would the impact be any different?

What about an anthrax outbreak, a disease that is endemic to most wildlife areas?  The simplistic “death is bad” argument must them mean the rapid demise of the entire population as a result of this disease or drought too!

This kind of argument promotes the ever popular “fragility” argument for natural systems, which is generally false – most large natural systems are incredibly robust and adaptable. The key here is ‘large’.

The main thing about natural systems is that one of their primary features is their ability to replace and maintain themselves sustainably, while adapting to changes both natural and induced by edge effects. Both hunting and photo safari activities are sustainable when properly managed and particularly when taken together in a ‘large’ system.

Large systems like the Okavango, Mara, Serengeti, Selous, Kalahari and many others will not survive into the future only based on the photo value alone. Note I don’t focus on income; reliable cash flow is a good predictor of present value. Value is much more important than income in sustainability of an area – see below). These ‘large’ systems would be unsustainable without the surrounding areas that are material to the core being sustainable. These, much less interesting, surrounding areas have been the domain of the hunters and other consumptive use practices for many decades. The value created by these uses has helped to maintain the ‘large’ systems.

Photo tourist will not pay for a safari in the ‘endless mopane’, that is absolutely necessary to maintain the Okavango Delta, that is the core of the photo safari value chain of Botswana. Should the ‘endless mopane’ wildlife be substantially impacted through poaching and poisoning of predators – anecdotal accounts indicate this is actually happening faster since the hunting ban in Botswana, then major risks emerge.  The main risk is to fill the mopane up with cattle posts (there are no more tsetses to keep cattle out which is what saved these areas for millennia).

There are now tsetse resistant cattle breeds too. Once the endless mopane is full of cattle the Delta will cease to function for the photo safaris too. One example, a remnant lion population in the Delta, currently utilized for photo safaris, will be too small to really support a truly viable population if the endless mopane looses it lions – see lion distribution map below to see how fragmented the lion populations are.

Resource economics efforts try to measure the value of scarce resources. Poor rural communities will only behave in a way that supports a perceived better future, if they genuinely believe that the future will be better than the past. These communities naturally value a reliable future over random “fee income” like donations, wildlife damage compensation and tourist buying of trinkets, as they know this is not actually economically sustainable.

However, if a community resource is only based on mopane such a community will not value it much, unless it can generate reliable income. The predicted repeatability of any income creates higher values (it is how all property investments work and yet buildings don’t reproduce and need expensive maintenance, unlike ‘large’ wildlife areas). When this “property” is a naturally reproducing and self maintaining system, then its value relative to the current income potential can be very high to the community. Such a community will behave towards conserving such land.

The same argument applies to selling a self re-growing resource like rhino horn. Not everyone has to harvest the rhino’s horn, for real value value to be assigned to all rhino. A gradient of income potential creates a predictable (even calculable) value across almost all similar assets, even those with lower current incomes based on usage choices.

Crucially, by extension the real debate is not about hunting OR photo safaris but about hunting AND photo safaris co-creating the maximum sustainable reliable income over the maximum area suitable for wildlife and biodiversity, including un-utilized wilderness.  Thereby, creating a continuous seamless whole ‘large’ system with maximum long term value for all stakeholders. The average level of income, from this ‘large’ system under conservation needs to exceed the alternative economic uses (e.g. cattle) for conservation to be the dominant land use.

A city is a similar mix of multiple and even conflicting land uses, all with differential values, that together create value for all properties that are greater than what the value would have been, if the city did not exist It is this high and rising economic value that drives economic sustainability in large cities. This trait of larger cities is hopefully part of a solution to the retention of “large’ wild spaces in Africa. The very obvious and strong urbanization trend is very pro-conservation of these ‘large’ systems.

The conservancies adjacent to the Maasai Mara system are a great example of this predicted tendency of the majority of people to gravitate towards the most economic land use mix. SA and its massive wildlife ranching and private land based photo industries is another example. Where the areas are suitable, fences/barriers come down and wildlife range expands driven by natural resource economics. Sometimes, this trend is driven by consumptive use and other times by non-consumptive use. However, in general consumptive use tends be replaced by photo safaris over time, where the wildlife experience is better and therefore more economic.

If leaders promoting large wild life areas maintain binary perspectives and then achieve a WIN over the opposing perspective – then both will loose. Let economics decide the best use of a ‘large’ areas of wildlife land. Each business should stay in their broad lanes and yes “shock and horror” support each other despite competing for the some of the same spaces, let resource economics dictate the winner not ideology. Please, all stop being so simplistic and binary – we need valuable ‘large’ wild African places the larger the more contiguous the better.

It is a truism – that when dealing with complex and contested issues like African conservation, that if a solution is simple – a real risk exists that the argument doesn’t actually deal with the real or whole problem and probably isn’t a solution at all.

In the spirit of the festive season here’s to all sides collaborating towards a great future for large wild spaces in Africa. Together we all win.

None of what I have written above should be construed to mean that I support unethical behavior from anyone. Rogue elements should never be tolerated.