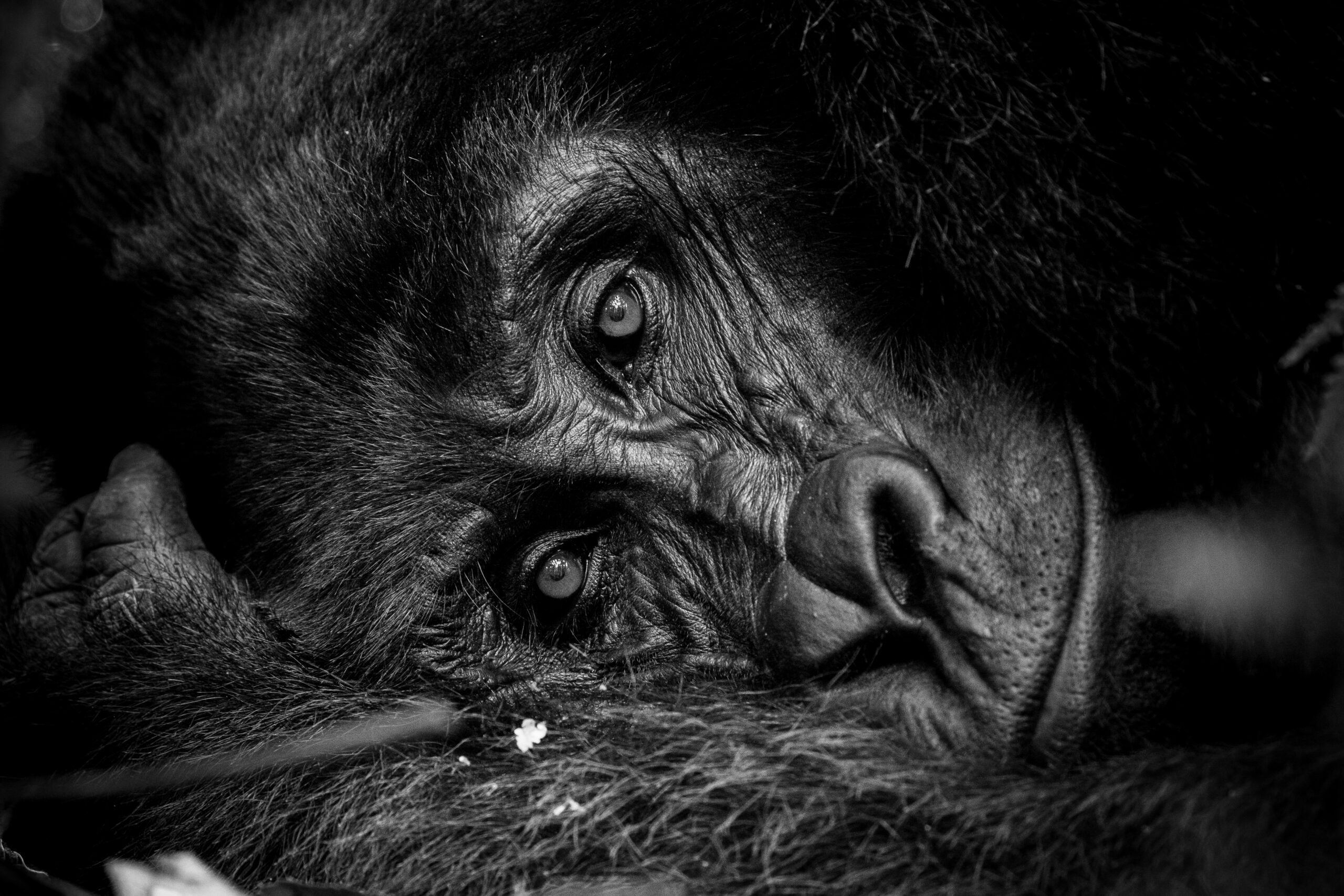 On 15 December 2022, the Born Free Foundation (BFF) held an event in the UK called Beyond Trophy Hunting. Will Travers, their executive president, stated this presentation of alternatives to trophy hunting was an alternative to debates between pro- and anti-hunting advocates, as that approach was futile.

Keen observers of past such debates would agree, as Will never factually presented his anti-side in them. Definitely time he chose an alternative. Note in his choosing; however, he didn’t suggest we ban all debates because that’s not how genuine alternatives work. Alternatives are simply other options.

But are the programs they presented in this forum indeed alternatives? And, perhaps more importantly, are they superlatives? Because actually that’s how critics want people to view them. Presenters mentioned at BFF’s event were representatives of Mizu Eco-Care, Zambia; Northern Rangelands Trust, Kenya; Volcanoes Safaris, Rwanda/Uganda; and the International Monetary Fund/Blue Green Future/Rebalance Earth, of multiple countries.

Their examples are from Kenya, Gabon, Rwanda, Uganda and Zambia, only the last two of which have legal trophy hunting. And all the examples are from national parks (where trophy hunting is not an option) or lands where agriculture and/or livestock grazing are the primary land use, where wildlife takes a back seat at best and is usually viewed as a pest or resource competitor.

Therefore, these are not true alternatives.

Whilst trophy hunting is mainly self-sustaining, all these supposed alternative examples are not, as they are highly donor-dependent on primarily non-African sources, including foreign governments, NGOs, and zoos. Of particular note is that BFF opposes keeping animals in captivity and even asserts that doing so can imperil animals in the wild. Yet, they hypocritically exploit captive big cats as a revenue source and condone zoos funding alleged alternatives.

Carbon credit revenue is mentioned in Kenya. But it is being used to restore lands grazed by livestock that will continue to be. This land use, coupled with agriculture, has negatively impacted wildlife habitat and increased resource competition, poaching and human-wildlife conflict.

To the point that Kenya has lost over 70% of their wildlife since removing trophy hunting as a conservation tool decades ago and is now severely limited in how much wildlife they can sustainably support. Carbon offset markets are also expensive and time-consuming to properly set up and verify, and it’s questionable in many cases if they really are offsetting carbon emissions as calculated.

But if they can legitimately be a conservation tool, then why couldn’t they be an additional one helping to fund the maintenance of habitats that are also used for hunting? Hunting lands require habitat to produce surplus wildlife and have a lower impact than photo tourism and agricultural/grazing lands.

Since it’s currently the largest reservoir of intact habitats, the elimination of trophy hunting would result in less land mass to protect and financially benefit from carbon credits, for which the market for land to invest in is described as “insatiable”.

One example presented is that a forest elephant generates USD 1.75 million over its lifetime, if it lives 60 years. But this is still only an economic theory, in the experimental stage, based on valuing the ecosystem services of individuals and supposedly giving value to living animals instead of dead ones.

But what will happen in countries like Gabon, where national park protection results in increased elephant populations and human-elephant conflict, as elephants run out of resources in relatively small parks surrounded by rising seas of humanity, with no habitat to expand into?

In this instance, wouldn’t it make sense to permit both live and dead elephants to have market value? Of note, too, is that Nigeria, a forest elephant range country with no non-resident trophy hunting that is considering the use of this tool, is a notorious hub for illegal wildlife trade, particularly ivory.

Yet BFF claims that poaching is more likely to occur where legal trophy hunting occurs.

Do the alternatives presented in BFF’s event contribute enough to communities? One mentioned is bead crafts made by women in Kenya, where only 5% of the annual revenue goes directly to communal conservancies. Curiously, BFF scoffs at any single-digit percentage examples from the trophy hunting industry yet lauds that amount elsewhere. And fails to mention that this program relies on the Swedish government, which probably uses beads from the Czech Republic made from non-renewable resources.

The example given of gorilla viewing safaris is an interesting one.

In 1997, the Batwa, one of Africa’s oldest indigenous peoples, became conservation refugees when they were forced to move due to the creation of Volcanoes National Park. One of the poorest communities in Uganda, they endured life in makeshift shelters only about 4km from the luxury lodge, built in 2002, that BFF is promoting as an alternative.

The company that runs it states they are proud of its ethos to support communities around its lodges. Yet it took them 16 years to finally grant these displaced people a village, built on 10 acres, which seems small for over 100 people to live and earn their livelihoods.

It took the safari company, its associated trust, Adventure Travel Conservation Fund, and guest donations to collectively, after all that time, finally scrape up the $10,000 needed to do this. These gorilla tourism clients stay in lavishly appointed lodging and are advised to tip their guides and porters less than $15 per day, with even less recommended for the rangers.

A measly amount considering that protecting mountain gorillas has one of the highest ranger homicide rates worldwide, as insurgent conflicts and poaching (both for bushmeat and selling infant gorillas on the black market) are huge problems. But BFF might not know of these challenges, as one of their cheerleaders, who is supposedly a foremost world expert on primates, Jane Goodall, is herself ignorant enough to insist that legal trophy hunting of gorillas is permitted. It isn’t.

Who benefits from these supposed alternatives? Any rich, white, non-Africans lining their pockets and not alleviating poverty, the same demographic that critics say benefits most from trophy hunting?

Foreign NGOs whose CEOs make six figures, all the while relieving tax burdens for themselves and other wealthy people under the guise of being noble, philanthropic charities. The International Monetary Fund, part of the United Nations, whose loan arrangements have been featured in some studies showing that they actually can worsen poverty.

And animal rights and anti-hunting groups whose very existence is parasitic on the trophy hunting industry, as their financial futures depend upon wildlife remaining imperiled in some way, or at least manipulating people into thinking it is.

Supposedly, the live audience in this BFF event was “keen to drill down further into what a post-trophy hunting world would look like”. No drilling was necessary as the presenters, especially from countries with no trophy hunting, showed them that: increasingly imperiled wildlife; more farms, livestock and logging; increased human-wildlife conflict; increased poaching; shrinking habitats; increased donor dependency; and more foreign entities profiting.

The audience wanted to know what role conservation organizations like BFF have to play.

They aren’t a conservation organization, but one role they could play is anytime they charge admission for an event like this, they could share the profits with communities in Africa, who need revenue far more than they do yet whose plights they are profiting from.

Trophy hunting has undeniable merits and utilities that have rightfully earned it a place as a valuable tool in the conservation toolbox. Eliminating a tool when the entire current array cannot keep up with maintenance and repair needs is madness, especially when the elimination is based only on how some people feel. A superiority complex, both morally and logistically, is a psychological defense mechanism that helps people cope with their feelings of inferiority.

Jawaharlal Nehru, India’s first prime minister, who helped lead India to independence and worked to make his country an important member of the international community, quipped once, “The only alternative to coexistence is co-destruction”.

A quote that, although not inspired by or referring to the current conservation challenges faced on the African continent, is very applicable.

Trophy hunting has always coexisted with other conservation tools and will always be willing to. True proponents acknowledge that it has places and situations where it excels, just as all the other tools do.

Extirpating it has already and will continue to, negatively impact conservation, and only exacerbate the challenges faced.

Alternatives to it are not needed. Additions are, especially, conservation measures on lands prioritized for human needs, like agriculture and grazing.

The only eliminations conservation in Africa could benefit from are eliminating groups like BFF, who only exacerbate the formidable challenges already faced.