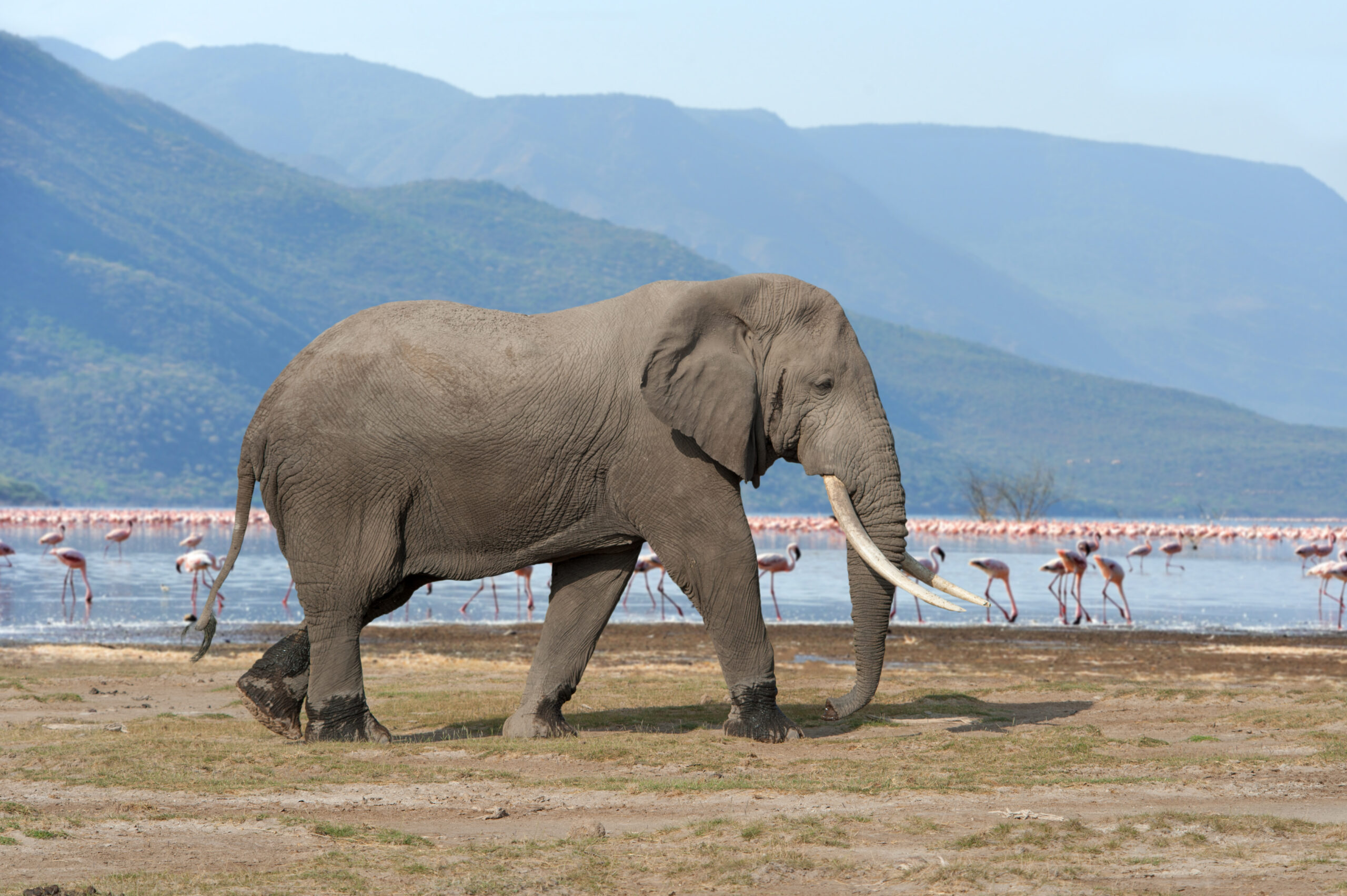 Tolstoy, the human, was a Russian writer in the 19th century.  Best known for his voluminous novel, War and Peace.  Tolstoy, the African savanna elephant, was a tusker, best known for his long tusks desired by photographers and tourists and for raiding farmers’ crops in Kenya.

Another famous author, George Orwell, is known for writing a slogan that begins with, “War is peace,” in his well-known book 1984.

It is a paradoxical term that means society feels a certain unity in hating an enemy, regardless of whom they perceive as such.

Unfortunately, humans are quite proficient at this, forming stronger bonds by mutually hating someone than by liking that person.

Social media platforms, with their emphasis on reacting via emojis or commenting remotely, with no direct human contact required, are perfect places to view this principle of mob mentality in practice.

A recent case in point was in late April when Tolstoy the tusker died from an infected spear wound inflicted by a farmer protecting his crops.

Human-elephant conflict in Kenya is a constant battle, as elephants, with their gargantuan appetites, can consume hundreds of kilograms of food each day and destroy crops by trampling them also.

But it’s not just crops that get damaged.

Farmers suffer from the loss of their annual food supply, income, time and sleep while trying to protect their plantings and, most tragically, their own lives at times.

And the Kenya Wildlife Service must shoot impossibly problematic elephants, 50 to 120 annually, according to the most recent figures published.

Yet the death of just one elephant – Tolstoy – due to an infected spear wound by a farmer protecting his livelihood, which monetarily likely only yields him a few hundred dollars a month, and risking his life to do so, was met with global furor.

Angry people who likely can’t even imagine living on such a meager income, have never grown their own food or suffered from food insecurity, rarely come into firsthand contact with potentially very dangerous animals, and feel that their desires to view or photograph elephants supersede the needs of and realities faced by people who must live amongst and alongside elephants.

Online critics, commenting on public pages from the comfort of their homes and computers, mostly far away from rural Kenya, condescendingly referred to farmers there as “these people”.

A classic case of human-human conflict created by human-wildlife conflict.

A hate fest ensued that asserted the person who did this was stupid, cruel, despicable, incomprehensible, ruthless, and disrespectful.

The mob declared this person should be shamed, do lifelong community service, be educated for appreciation of endangered species, be victimized by karma, haunted by Tolstoy, should have hell come after them, and be punished by the government.

They stated they were ashamed of people like this and that he should be killed, but that action was stated in an indirect manner, presumably to avoid social media surveillance.

It was also proclaimed that farmers have no respect for authorities who try to protect elephants.  These are the same authorities, of course, who were not mentioned as protecting the lives and livelihoods of farmers, as well.

Armchair critics also maintained that farmers should not plant tasty things and no one has the right to deny food from wildlife.

Shame should be placed on the owner of the spear, who is growing crops for his family on land where elephants have lived for thousands of years.

You know, in Africa, where the fossil record has shown, it is where humans first evolved.

Respondents maintained that these people must learn to respect life besides their own and that animals are so much better than humans.

Elephants are magnificent living beings who must not be killed for eating crops because it is instinctual to survive and in order to survive wildlife must eat.

What could that farmer’s crop be worth anyway, they implored.

There was a striking paucity of comments from local people.

But two that stood out, and that no one replied to were that – our crops are more important than useless elephants, and if you want elephants so much, then take them away with you.

These thoughts were in direct contrast to the person who claimed they just wanted to die surrounded by elephants.  Presumably, the farmers do not share that sentiment, hoping instead that they do not die in such a circumstance.

Little was mentioned as to how elephant lovers might help.  One suggestion that funds could easily be raised to reimburse farmers for their losses was met with only silence.

Another suggested reconsidering spending tourism dollars in Kenya as too many elephants get killed there.

Tolstoy, the elephant, is gone, but the challenges and realities of human-elephant conflict will live on.

Human populations in Kenya are expanding, with a subsequent need for more land conversion.

Elephant populations are also increasing, but their habitat is decreasing.

Many of the elephants in the Tsavo and Amboseli areas are speared multiple times throughout their lives.

One named Tim, an age cohort of Tolstoy, was collared and monitored after he’d been speared three times.

In the first year of tracking him, he made 183 attempts to enter farmsteads.

Only 50% of which were successfully thwarted by the people monitoring him.  Crop raiding is a problem that is inevitably going to increase.

Literary analysts state that a major meaning of Tolstoy the human’s book, War and Peace, is that although you are a product of the world you live in, you must interact with others who have different perspectives in order to understand or possibly eliminate your own assumptions and prejudices.

The commenters on social media following the war is peace model are not doing this.

They can only see their own views, yet they expect the world to understand and respect their limited perspectives.

Tolstoy also wrote that, “The sole meaning of life is to serve humanity.”

Human-elephant conflict cannot be solved by addressing the needs of elephants only.

Nor by granting elephants personhood or elevating their status above humans.  Humanity must be extended to the humans involved as well.