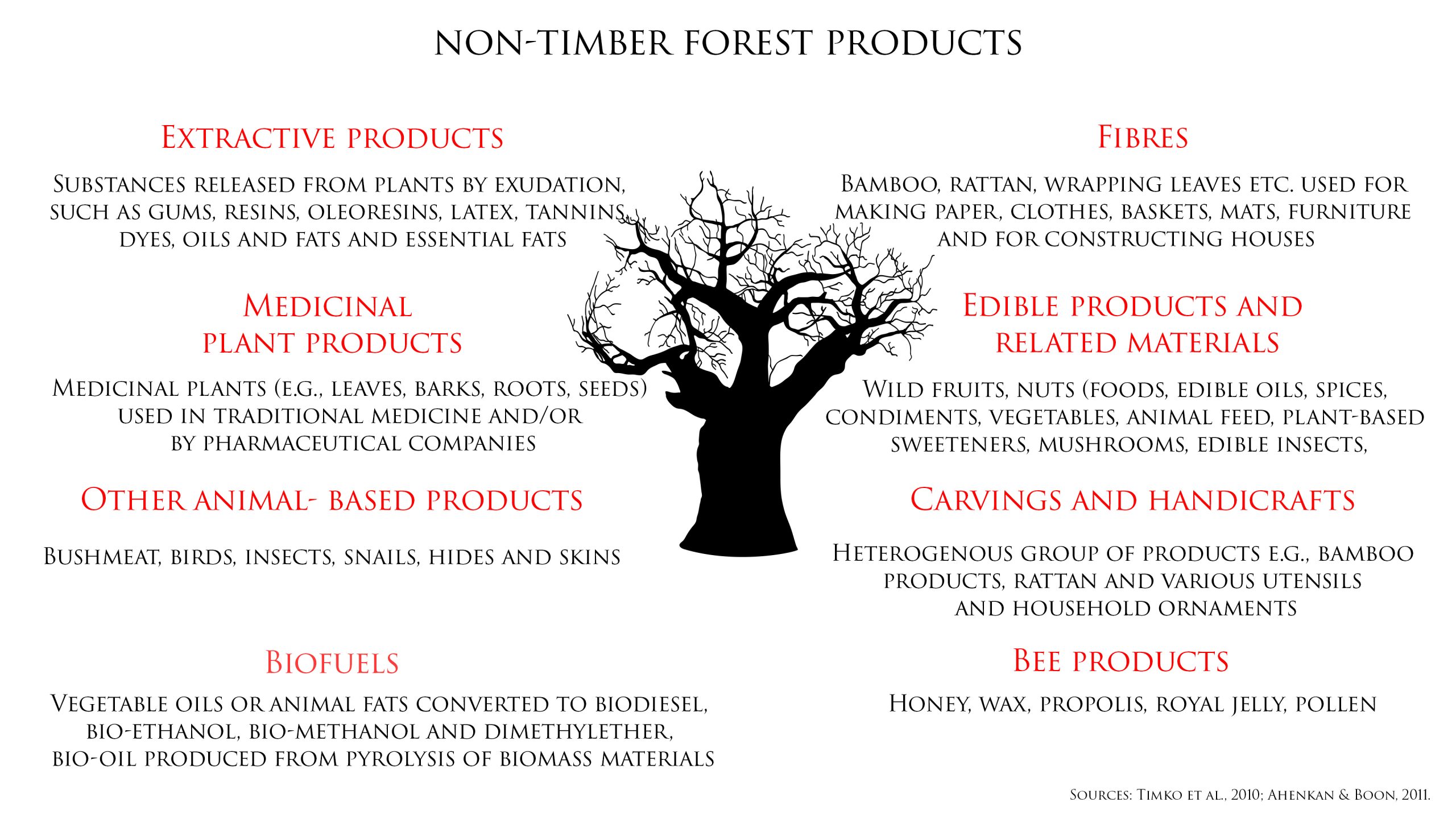 But conservation is not about “Cecil the lion”.

Broadly non-timber forest products (NTFPs) can be defined as “goods derived from forests that are tangible and physical objects of biological origin other than wood”.

The global NTFP trade is estimated at USD 11 billion and benefits around 1.5 billion people.

The State of the Wildlife Economy in Africa reports that 867 million people (67% of the total) on the continent use NTFPs for subsistence or cash income.

Most of Central Africa’s 130 million people depend directly on NTFPs for their livelihoods, but trade is informal and difficult to track.

When NTFPs are commercialized, they have the potential to uplift rural communities and encourage sustainable use.

Despite its importance, NTFPs are not prioritized in policymaking and government funding, and so sustainable management is lacking in the face of ever-increasing demand and over-harvesting.

The use of natural resources in Africa is a reality that can’t be wished away.